Play as Jimin and find out how he joined a dangerous gang with mysterious missions.

[I'm currently updating edisode one so if you find a weird glitch, it will be fixed in a few hours. Thank you!]

At the the complete top, on the picture it says start, just click on that

It's J-hope, not Jayhope sorry

i don't know if its my WiFi or the game, but its extremely slow

How do you guys play? It doesn't even download for me.. can somebody please help?

Hii when is the episode 2 gonna come?

hi! I really love this game so far! is there going to be an episode 2 coming soon?

I love this!! Hope you will update it T_T

i like this game a lot!!!! also i would love it if you could pretty please tell me the name of the song from the beggining :)

Thank you! ❤❤❤ Do you need the song on the title screen or the opening scene song?

Can i use your game to make a fanfic in wattpad? Thank you anyway, i love this game ;3

Sure you can! I would appreciate story credit if you don't mind. Thanks for playing ❤

<3 really went beyond my expectations

hoping for an update soon

I love your game, I going to upload to my channel ^^

I hope you make the episode 2 soon

absolutely loved playing this!!! the plot is so good and I can't wait for episode 2!

Hi! I really am enjoying all of your digital novels! When is the next scheduled update and where can I find it?

Hello :D  I'm currently have Episode 2 on hold until I finish school exams. I will have it out when It's completely finished and glitch free. Thank you so much for enjoying my content! <3

Hello, There is a button that says start. Just click that to start the game, if it takes too long then it's probably your wifi. Reload the page if needed.  :) -Huggchim

i fluffing love this

OMG, it was nothing I expected. I love it so much and am really keen for the next update. Love the artwork and music, keep up the amazing work. I know there is a game company doing a visual novel called 'To the Edge of the Sky' and it was supposed to be based off BTS however BigHit were going to sue them for the sprites even though the game company wanted to work with them. But your games remind of that particularly because even though you are using a boy band as the protagonists, it's not a typical romance novel, there is heaps more depth to the story. Anyway, like I said I love this and your stuff in general that you have released, huge fan. Can't wait for more stuff! XD 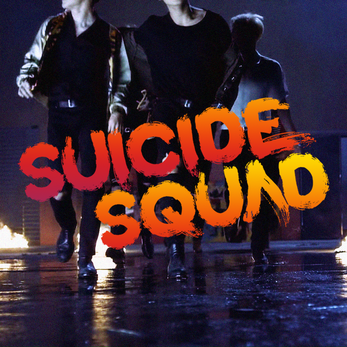